Things to do on Lake Como.

Gardens and woods; coves and valleys; blue lake and green vegetation; valuable villas and medieval villages: Lake Como is one of the wonders of northern Italy. What’s more: it is one of the wonders of the world, a destination, for many years now, of international tourism with dizzying numbers. Over time, many celebrities from the world of entertainment, especially actors (among others, George Clooney) and sportsmen, have bought houses or come on holiday. Below we see together the main attractions of the area starting, of course, from those of the capital of the same name. Enjoy!

The most important center is Como, the city that gives its name to the lake, with its valuable monuments, the charming old town and picturesque views. If boats and hydrofoils are an excellent opportunity to admire the city and enjoy the beauty of the landscape, to enjoy a wider view there is no means more suitable than the funicular that connects Como to Brunate.

The second most important city is Lecco, famous above all for being the town of the Betrothed. Equally evocative are the lakeside towns such as Cernobbio, home to large stately villas such as Villa d’Este and Villa Erba, and Bellagio, known as the “pearl of the lake” for its attractive scenery. Semi unknown but very fascinating isle Comacina, a small green jewel surrounded by the waters of the lake, where settlements dating back to Roman times have been found, which is why scholars like to call it the “Pompeii Lariana”.

Here are the 10 things to do and see if you decide to spend a few days on Lake Como.

The Cathedral of Como.

The church of St. Abbondio in Como.

Built at the end of the 11th century on the area of the early Christian church dedicated to the Holy Apostles Peter and Paul, the basilica of Sant’Abbondio is a magnificent example of Lombard Romanesque architecture as well as a masterpiece of the Comacini masters – architects – sculptors who spread the Lombard style, not only in Italy but also throughout Europe. Built by the Benedictine monks, the church dedicated to the fourth bishop of Como underwent considerable alterations in the 16th century that altered its original appearance, fortunately recovered thanks to the restoration carried out in the 19th century.

An ancient town hall, the Broletto (from the Latin word “brolo”, meaning field, an open-air space where citizens gathered and therefore by extension the place in charge of the town assemblies) was built in 1215 at the behest of the podestà Bonardo da Cadazzo next to the Cathedral, as if to symbolize the continuity between the bishop’s civil authority and the new municipal power that extended its control over the diocesan territory.

The building in the form of a neoclassical temple erected on the lakeside celebrates the figure and work of the great Como physicist Alessandro Volta. The museum, designed and financed by the industrialist and patron Francesco Somaini, was erected on the occasion of the first centenary of the death of the inventor of the stack (1927) to house the scientific instruments that belonged to him.

Inaugurated in 1894, the funicular railway Como – Brunate connects the capital to the “balcony” of Como, that is the lake and the mountains, and gives a beautiful view of Como and its lake from above. The “journey” in fact, begins in a tunnel and then continues outside where the two small carriages climb a steep hillside allowing you to see the splendid panorama. The funicular railway is on a single track that doubles only halfway up where the two cars cross each other.

Fascinating town, known for its enchanting location and its characteristic historical centre, Bellagio is an exceptional tourist resort. The so-called “pearl of Lake Como” romantically rises on the tip of the promontory that divides the lake into the two branches of Como and Lecco, in a charming landscape.

An elegant tourist resort on the shores of Lake Como and at the foot of Mount Bisbino, Cernobbio owes its name to the presence of an ancient Cluniac monastery (Coenobium) built around the year 1000. The heart of the town is Piazza Risorgimento, also known as the “Riva”, which overlooks the lake.

The only island of Lake Como, Comacina Island is a place of great charm where history, nature and art and archaeology intertwine in this small fragment of almost uninhabited land.

Just over 2 kilometres from the Voltiano Temple, Villa Olmo is another must for a holiday on Lake Como. Aesthetically this eighteenth-century residence is in line with the style of the other villas in Como, Cernobbio, Bellagio etc.. There are two fundamental ingredients: the Italian garden, with attention to the smallest details; and the neoclassical taste of exteriors and interiors. The name, as can be easily guessed, refers to the presence of two old elms, then demolished. Over the years, several prominent personalities have stayed here for more or less long periods. Among others, the hero of the two worlds Giuseppe Garibaldi and the Visconti di Modrone family (the same of the great director Luchino Visconti). For some time now, Villa Olmo has been the venue for exhibitions, events and conferences. To learn more visit the website:http://www.villaolmocomo.it/

Many visitors exchange the lake transport service for a boat trip. What is misleading is undoubtedly the overwhelming beauty of the places, but one must be equally careful not to misunderstand the spirit of the service. In other words, the ticket offices of the “Navigazione Laghi” are not tourist offices to be contacted for advice on which location to visit first. Obviously this does not mean that the staff is exempt from providing answers, just consider that the times are limited and the queues of users are generally long. Therefore, the other thing to avoid is to arrive a few minutes before the departure time of the boat (especially in the summer months). Otherwise, there are no contraindications. A holiday on Lake Como is among the things that should be done at least once in a lifetime. 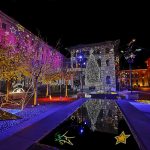 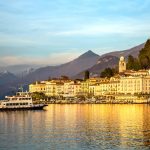 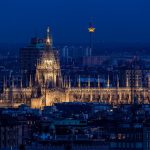 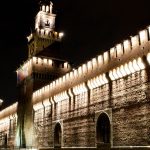 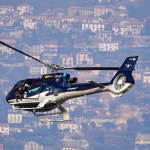 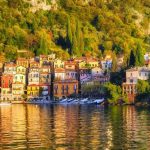 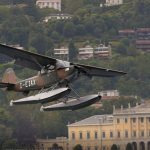